Posted on September 24, 2016 by lynnefrancophile

as usual i had done some sleuthing online before our trip and had noted some places it may be fun to visit.  lou loves fruits de mer and i discovered that meze which is on the etang de thau is an oyster port but isn’t too big a town.  another link told me it doesn’t get too overcrowded in tourist season either.  google earth is a wonderful invention and i always use its street view to decide whether we would like a place or not.  the little port looked lovely and i could see several fish restaurants around it.  a perfect lunch spot.

the incar tomtom had very strange ideas about the quickest route to meze and took us over the canal and up a bumpy lane through the vineyards.  using the michelin map i got us back onto a route national to beziers and we were soon on the autoroute.  meze is strangely served by roads and you have to drive up as far as pezenas before eventually finding a direct route to it.

thanks to google earth i knew if we kept to the coast we should find a car park just by the port.  we did but with the box on top there was an iffy moment as lou drove under the height barrier with me on lookout duty.

there were lots of boats moored up along the quay and as we walked alongside it a boat came in playing a french pop song.   the chorus was lustily echoed by a chap painting a yacht’s hull in front of us.   the ambience of the place seemed very welcoming. 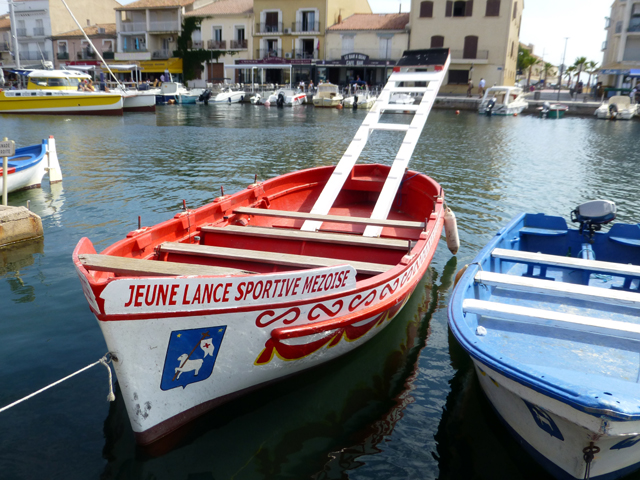 further along we spotted two of the celebrated jousting boats that feature in this part of the world.  i was reminded that years ago in the marais poitevan we saw some of these boats in action.  pity nothing was happening this day’

it was nearly lunchtime so some menu reading was in order to decide which of the many eateries to plump for.  one had offered a huge plateau of fruits de mer for 19 euros that looked right up lou’s boulevard so we settled ourselves under the yellow awning and watched the owner strategically place several parasols around the edge. the sun was very hot aand we were glad we had arrived early although the whirring fan just behind me was a bit too much of a good thing.  the obliging owner turned it away from my direction. 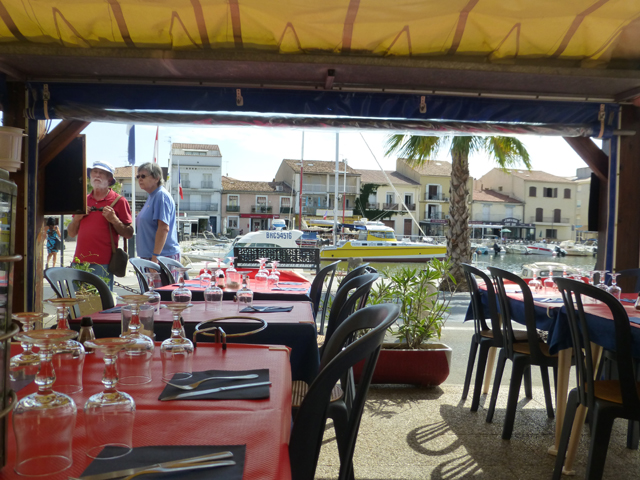 the place soon filled up and no wonder.  the fruits de mer were fabulous.  i opted for fish soup as i love all that messing about with rouille sauce, croutons and grated cheese and followed it with grilled oysters.  i have often meant to grill them myself but not got around to it. i will now! 🙂 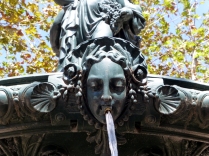 after a wander into the town centre to find a bank machine and buy some postcards it was down to the end of the harbour to find a bit of beach and have my obligatory paddle in the sea.

pezenas had been part of my internet trawl and it was easy to make a stop on the way back to capestang.   we parked in a ‘place’ with a lot of restaurants and went in search of the tourist office.  pezenas makes a lot of its connection with moliere which several sources say is spurious but a moliere fan or not the old town is very interesting.  the streets climb up and down and are still as narrow as they were in medievil times.  the tourist office provides a walking map that we decided was far too long for late afternoon so after a short ‘flaner’ we opted for tea on the corner of a sqaure with a fountain and a lot of pigeons. 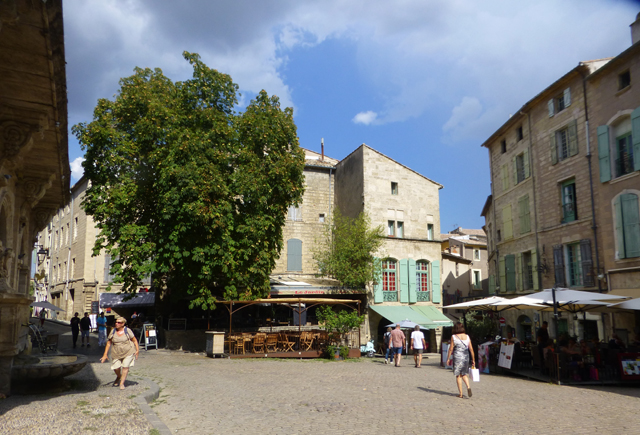 like many well visited towns there are a lot of artisan shops and tourist tat ones.  i resisted the multiplicity of handmade soaps and scented candles available and stuck to a handful of postcards. 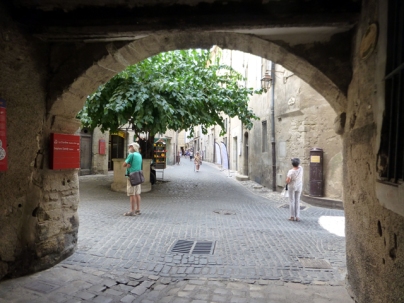 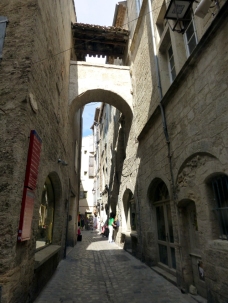 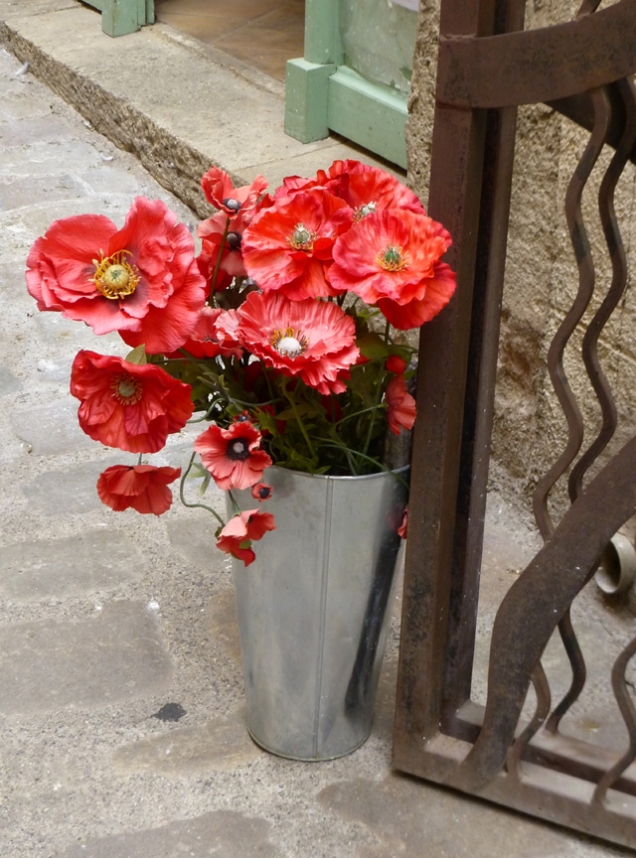 back in capestang we decided that a shared pizza would be sufficient for supper so went and found one at le providence in the place jean jaures and ate it by lamplight back ‘home’.