what day is it? what month is it??

as a retired person i am used to asking my fellow retiree, aka mr mcgregor, what day it is as they all seem to blur together sometimes. especially in the school holidays when my various activities are on holiday too.  but since the arrival of doom virus and the following confinement all over europe i am having great difficulty not only with which day is it but which month it is.   yesterday i looked at the calendar and found myself disbelieving it was the eleventh day of june.  june? JUNE?   how can that be?

confinement hit us in mid march, the day before my birthday and on the day we should have left to go on a short break to a pretty town in provence.   since then we have had to come to terms with not making any trips, at first the permitted distance was a kilometre from home then one hundred kilometres and now as far as the french border….but no further.  we have had to carry pieces of paper to prove who we are, where we live and where we are going. Later more shops opened and we started going to them wearing our masks and now almost everywhere is open but we can’t assemble with more than nine other people.   while grappling with all that who had time to notice that er…time was passing. 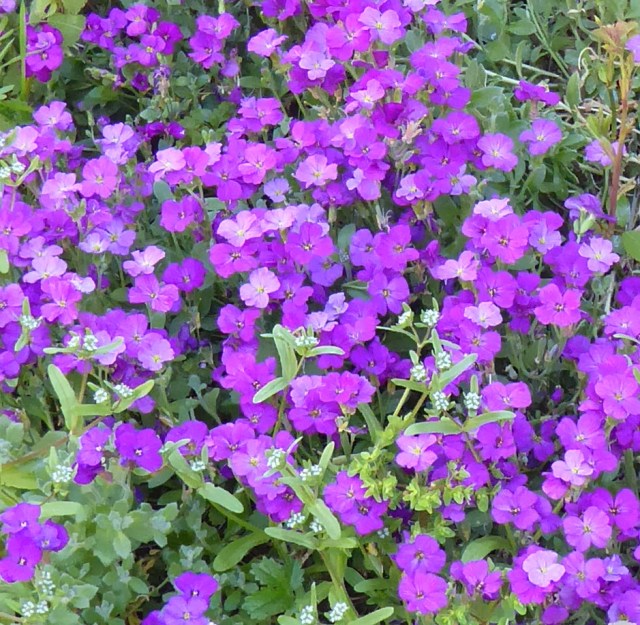 we have had a beautiful spring which saved a lot of us from extreme depression but now the early summer is pretty wet and gloomy which is having an effect on my morale and, no doubt, on other peoples’ too.   a normal june  (will there ever be a normal june again?) would find me making sausage rolls as the various group activities drew to a summer closure. 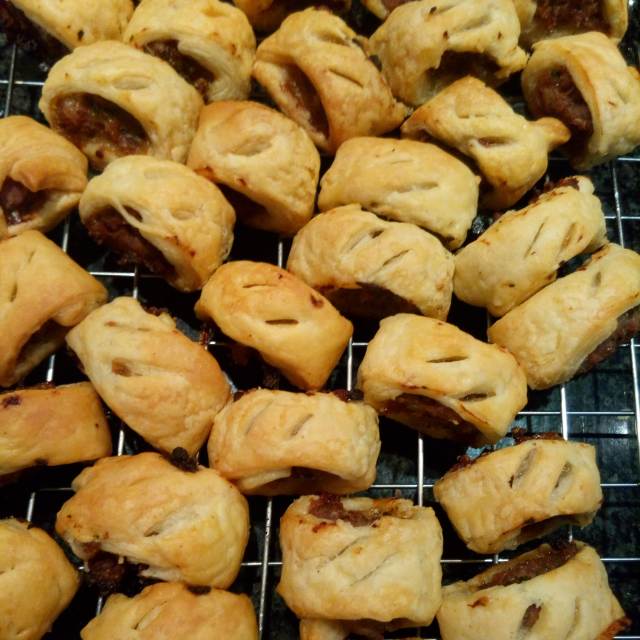 the rock crowd would be having its annual ‘assemblee’ followed by a bbq and rock soiree.  later there would a pizza night up at hugo’s fabulous place in the hills with music and dancing into the early hours. 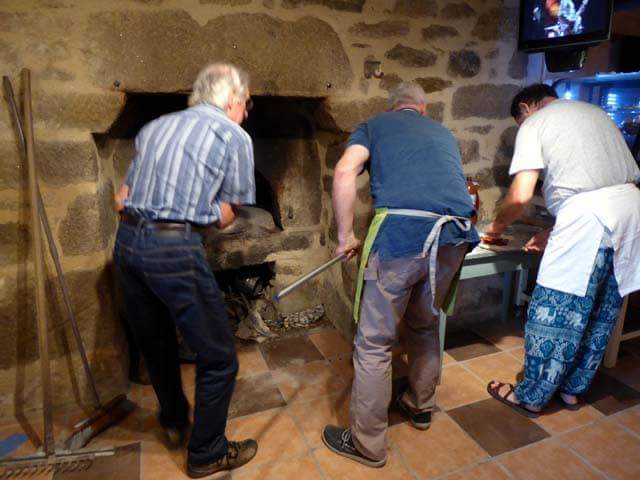 the homework club would be organising a meeting to ‘faire le point’ and a picnic on the banks of a local plan d’eau to round off the school year.

my monthly ‘ladies wot lunch’ would be meeting for the last time before september, sharing plans for the summer and family visits.   the weekly english/ french group would be trinque-ing a verre and wondering how to hang on to the vocabulary we had learned.   gym classes would draw to a close.   i don’t know how they celebrate the end of the year as it was my first year with this association and what a strange year. 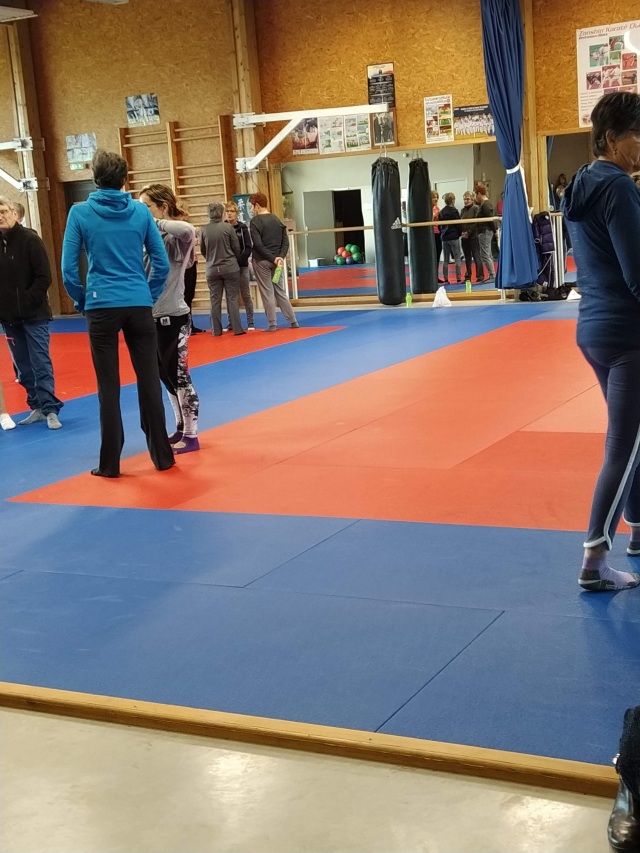 only secours populaire would be soldiering on but they would be discussing the closure of the antenne in august although the weekly distribution alimentaire would go on just as it has done all through this awful time. 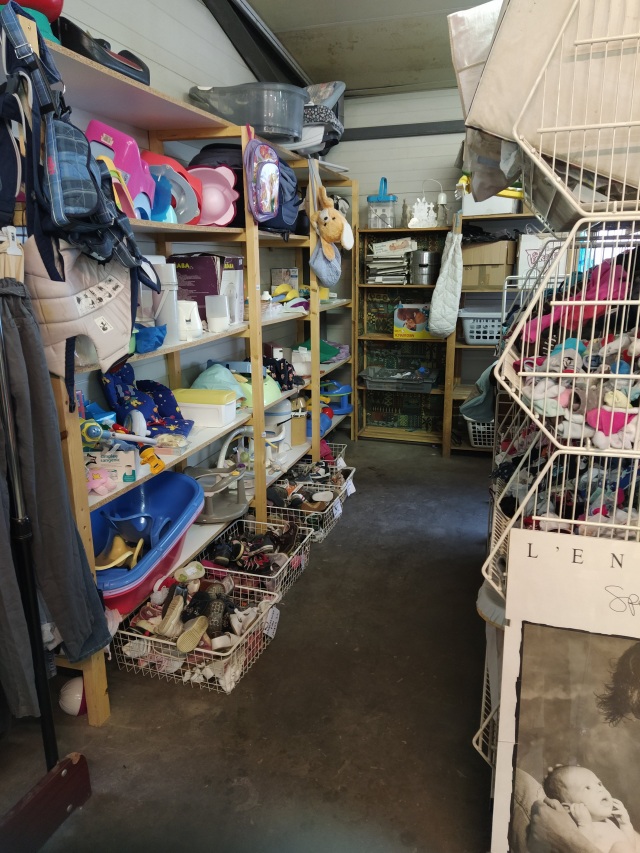 and we should have been doing a ‘collecte’ this month to replenish supplies!

the village fete committee would be selling tickets for the fete de la musique on midsummer’s day or the weekend closest when we would all convene for a meal in the ‘place’ for a catch up and ‘bopping’ to the accordian music provided. 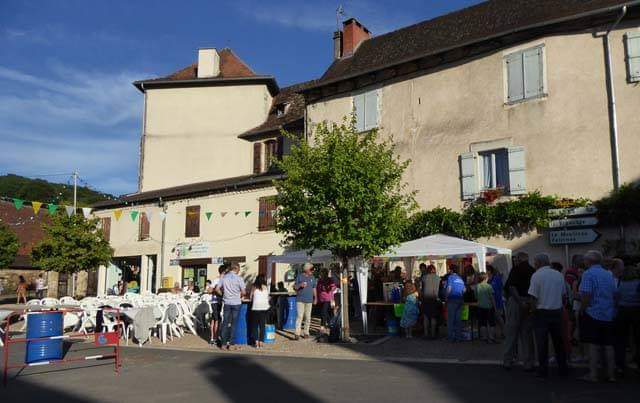 and our crazy kiwi friend up on the hill would be celebrating christmas in summer as she has done ever since landing in our lives, borrowing our elderly christmas tree in a pot! 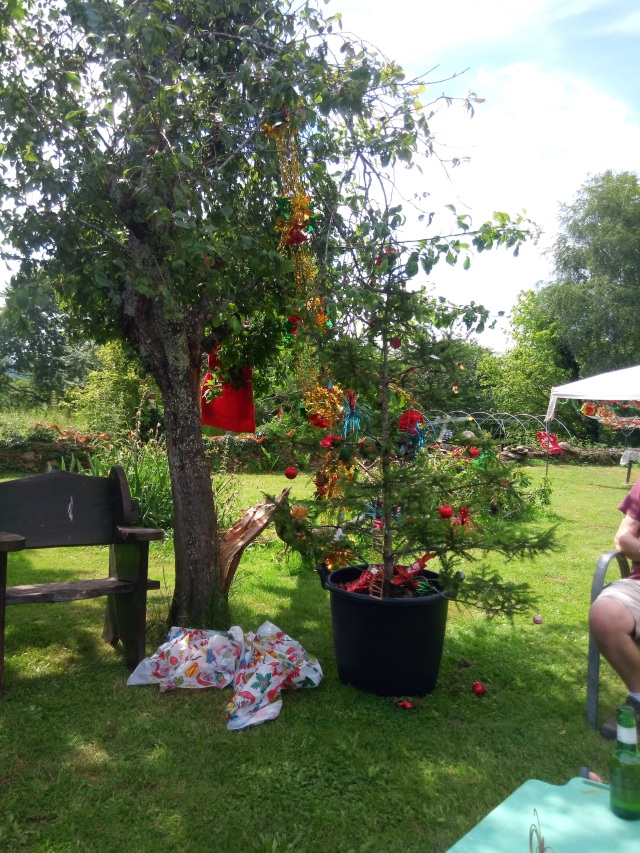 that’s a normal june.  and normal june would have followed a normal may and a normal april.  we did do some of the usual things around easter which this year fell in april.  traditionally we always get out the garden furniture from the cave on the easter weekend and we did. 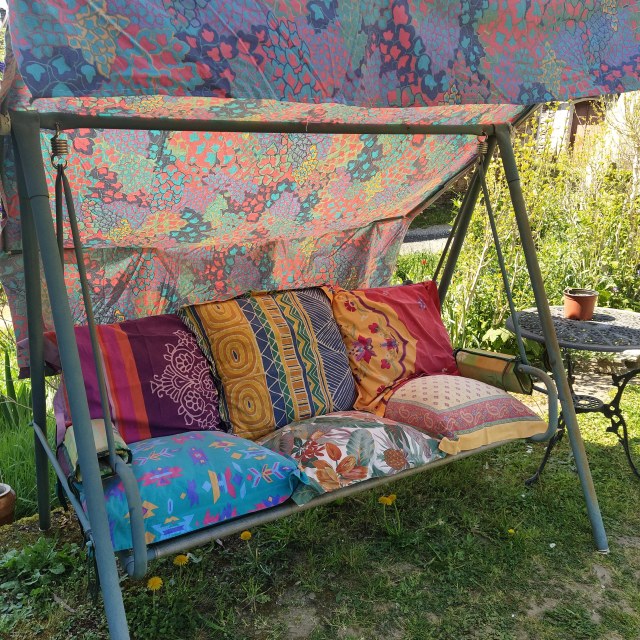 but it didn’t follow a week of cleaning and readying the gite for the hoped for summer clients.  with travel restrictions in place for the forseeable future there seemed no point. even when things eased up in may i replied to a tourist office enquiry that we would not be opening. 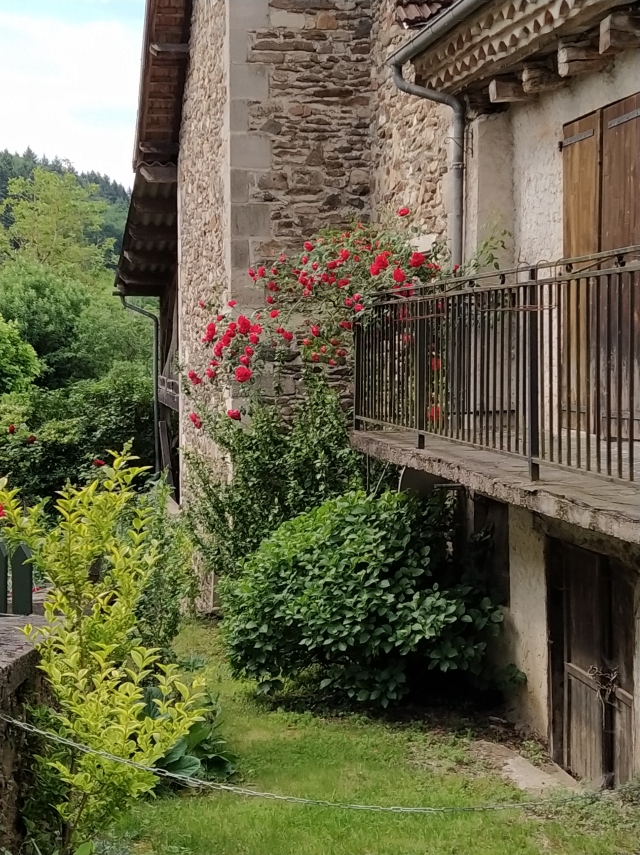 i really don’t feel like cleaning up after strangers and the cleaning has to be much deeper than usual and there are various procedures to be put in place.   i couldn’t face it.

in may we managed to get out and buy the veg and flower plants to keep us busy and to bring a little normality into our days.  but it was odd not to have any visitors.  may is often a month when family or friends choose to come and stay. 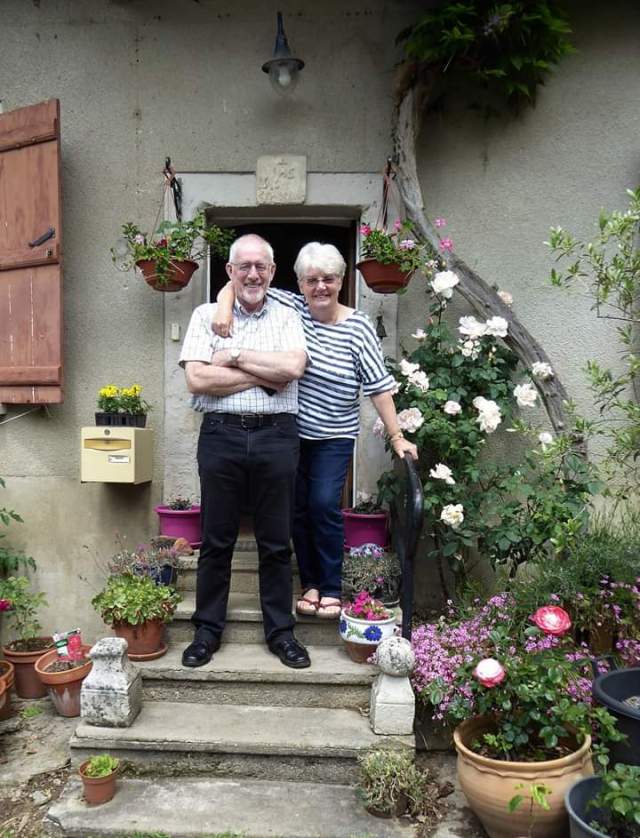 the weather is good, the countryside looks stunning and the children are in school so everywhere is reasonably calm and getting around is enjoyable.  we did catch up on jobs that needed attending to that we couldn’t do under the confinement but that was soon achieved. 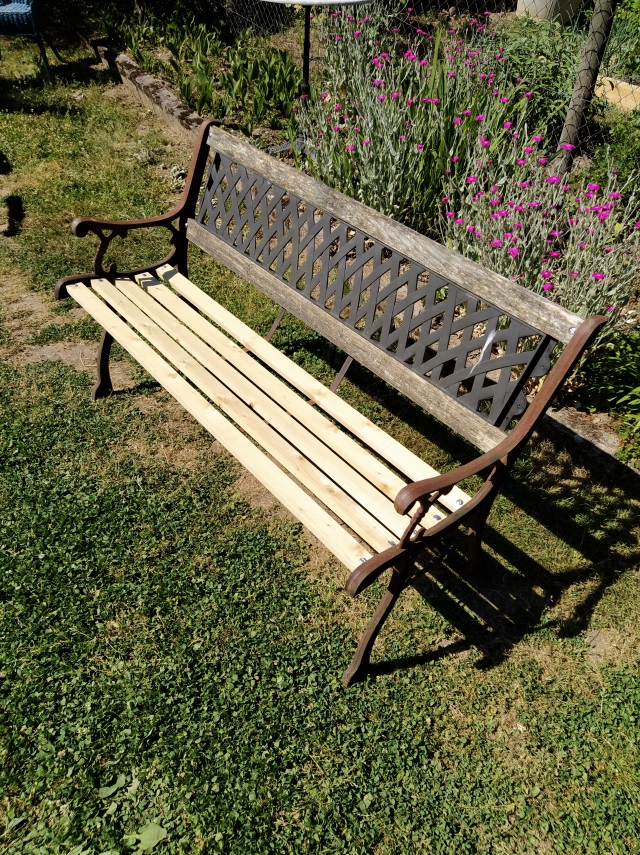 and now here is june.   the bars and restaurants are open but as we are both in the susceptible over 70s group the advice for us is stay close to home as before with only occasional sorties!

we had talked back in the winter about maybe camping this month, the quiet but warm month, at a pretty spot below puy mary about ninety kilometres away from here.   we discovered it when playing broom waggon to gav on one of his long bike rides a few years ago.  we liked the village and went back to the campsite  later on the same summer. 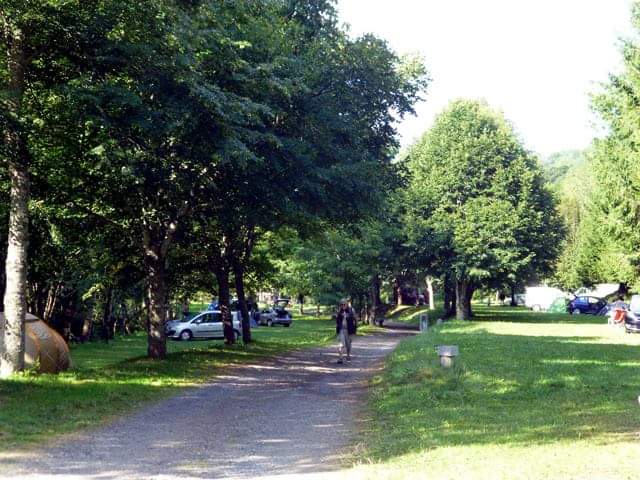 but the last thing we want to do now is share a sanitary block with other people, something that we happily did before however antiquated the facilities.   the sale and rental of camper vans is going through the roof according to the news as people realise the efficacy of being able to take a holiday but remain in their own, hopefully, healthy bubble.  our tent couldn’t provide that and as far as i know campsites are only opening for camper vans.

and so it was a shock to realise that half the year has slipped away. and all i can remember doing with any regularity is the daily search of the news for the death rates and infection rates as we all yearn to see them diminish and bring an end to this fear that we are all living under.  plus my daily posting on facebook of my garden wander to keep my spirits up.

oh, and the weekly facetime homework club with a couple of eleven year olds plus instagram…plus…….  an interior and screen orientated life.

but…. this won’t do!  this way lies depression and a waste of days.  so i have decided that we need to get out.  safely,  of course, but out!  i announced this to mr mcgregor as we drove to a medical appointment the other day and enjoyed the scenery we hadn’t seen for three months.  how about a day out somewhere, taking a picnic to some tranquil spot in the countryside preferably near one of our many rivers where we can sit and stare and maybe find a quiet walk as well?  ‘not more than an hour’s drive’ demanded himself.   he knows how i can get carried away and we end up driving for ages.   so at last i can dig out the maps, play around on google earth to see if places match up to my imagination….like a ‘normal’ june….. now i just need the weather to cheer up…. 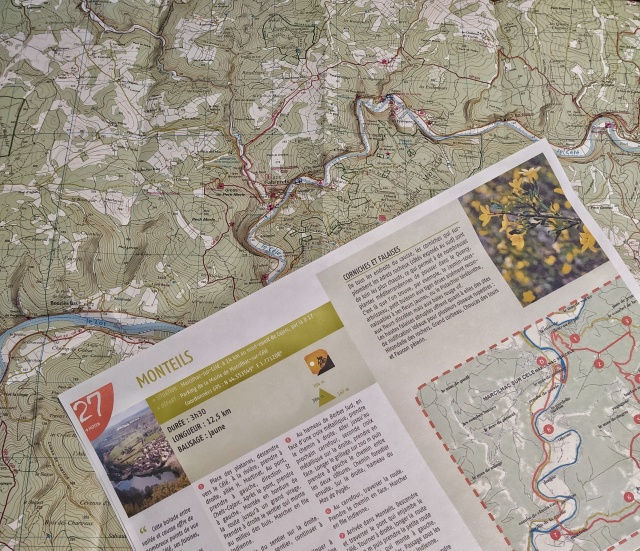 2 Responses to what day is it? what month is it??