fifty years plus one day

Posted on September 14, 2017 by lynnefrancophile

the promised brighter weather didn’t materialise so there was no sentimental wander through the grounds of villa melzi stopping to take a photo of lou in front of the bamboo or me sitting on a bench by the lake’s edge aka 1967.   no rediscovery of san giovanni and its little harbour, the site of more photographic re-enactments.  nor a walk to la punta, the very tip of the bellagio penisular where i had posed a la lesley caron in a carelessly tied headscarf and lou had posed moodily, leaning on the harbour wall.  instead we battled through the rain and unexpected gusts of wind to the car in the hotel garage to retrieve some extra layers of clothing. 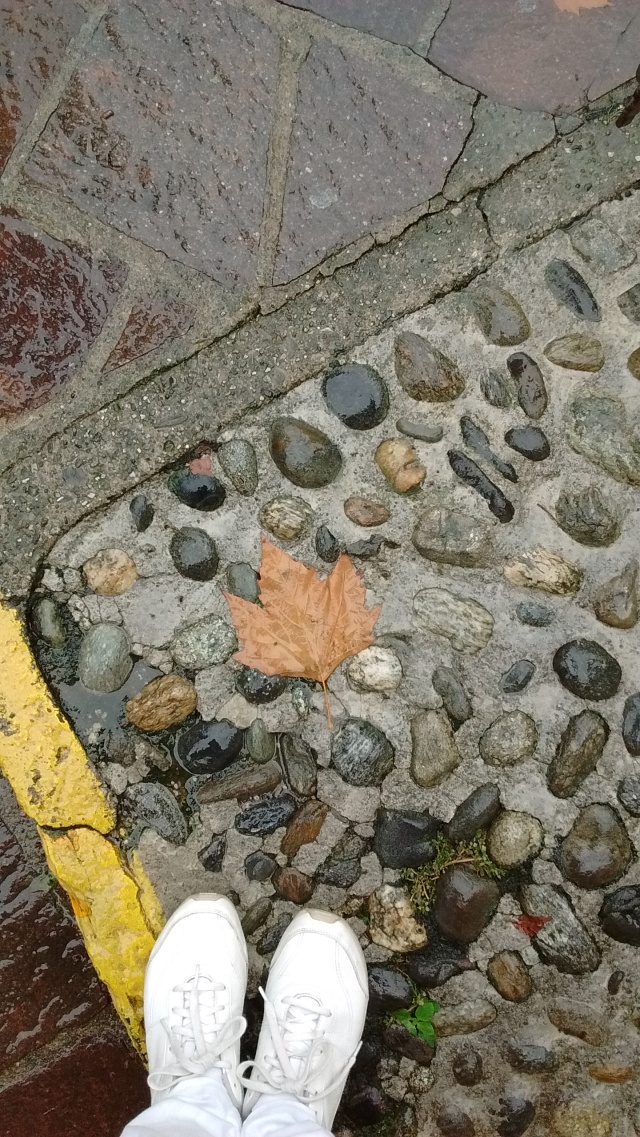 much warmer now, we climbed up a nearby alley looking for a wine shop and the wine we had had the night before.  not the same label but two bottles from the same area were pressed upon us by the smooth talking salesman.  (i wonder how many people turn up looking for ‘the wine we drank last night’?)  he insisted that it was one he supplied to our hotel and, sure enough, it was the wine we were offered that night in the hotel bar. 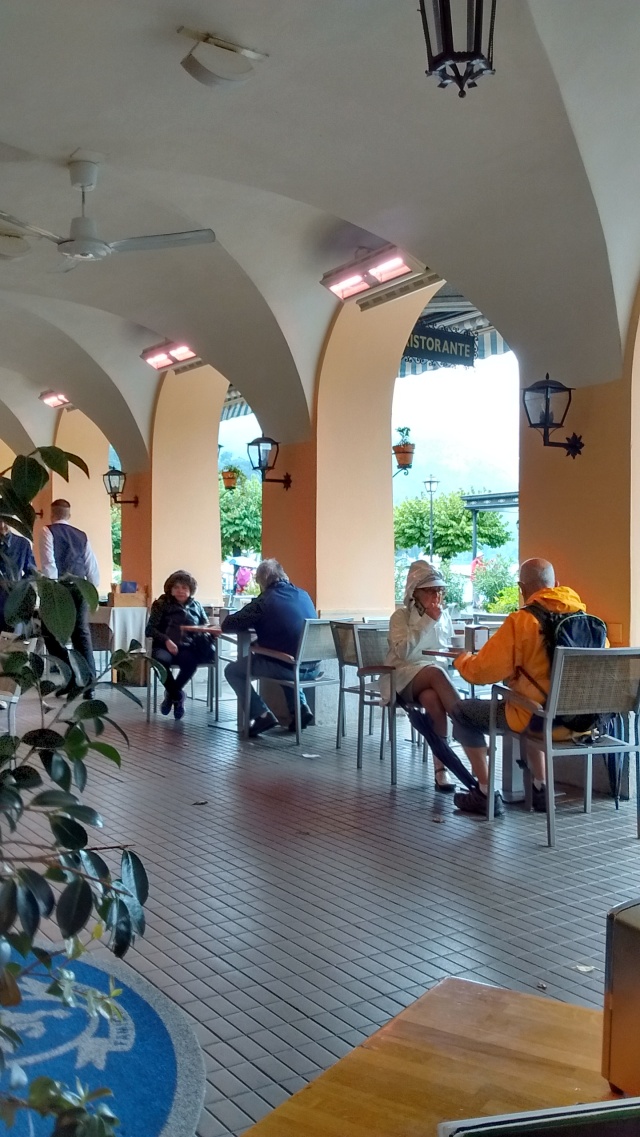 outside the hotel again we settled at a table near an overhead heater, (yes, it was that chilly), and ordered coffees.   a boat came in opposite and suddenly we were surrounded by damp tourists, jostling each other, sorting out brollies and generally milling about like headless chickens.  one group of elderly italians were being ordered about by a lady in a green anorak and squashy hat.  we sat tight and waited for calm to return.

the rain beat down and our room and tv was a cosy refuge to while away the time until we could decently eat lunch!  we climbed the steps…again…to the restaurant with the ouvrier style lunch we had spotted earlier.  we got there in the nick of time as people arriving after us were reluctantly turned back out into the rain.  despite being so busy the service was smiley and thoughtful.  having asked for our omelettes to be cheese free the waiter came back to say the chef was asking if he should hold back the mozzarella from the salad starter.  no, no, we chorused!  AND they found some earl grey tea after i politely refused the ubiquitous english breakfast. 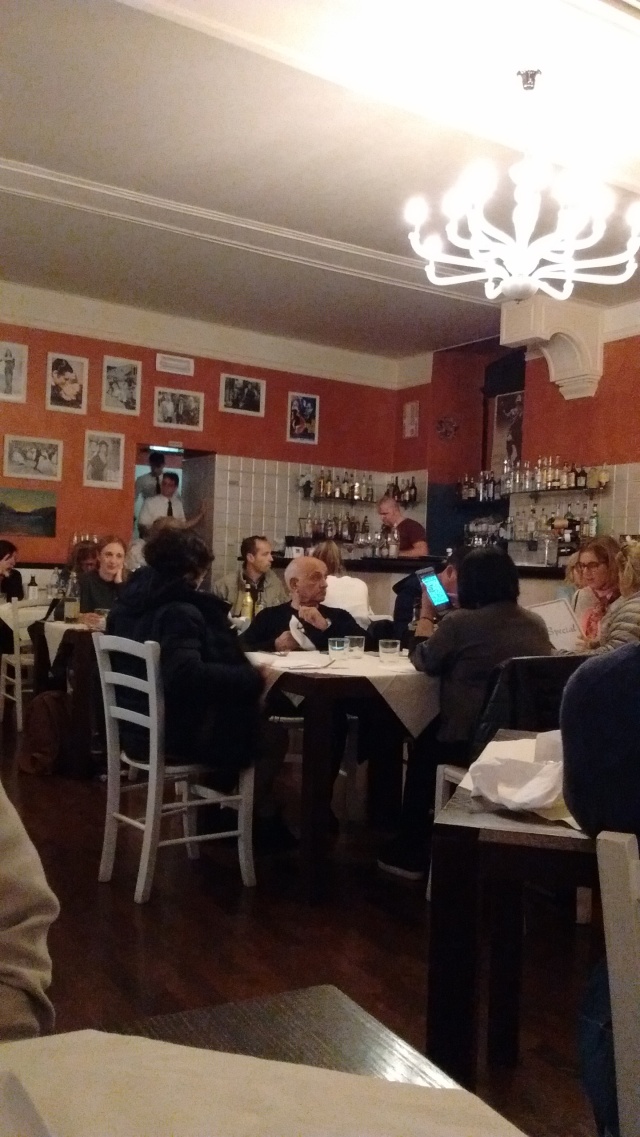 back to our room for the afternoon and the final stage of the tour of britain on the telly.  the white horses on the lake were subsiding but the car ferry was still ploughing through waves that frothed over the bow.  a lot of wet feet on the car deck i’m guessing.

We had booked an outside table for our evening meal but alessia, our waitress, (i asked) had decided we would be too cold despite the heaters so had reserved a table inside.  she had made sure it was in the window so we could still watch the action, people and boats!

we enjoyed the meal far more than the one upstairs.  the menu was almost the same but the ambience was better.  the upstairs dining room, despite its wonderful views of the lake, is too lofty, too austere.  alessia looked after us very well.  she and her sister, who works alongside her, both grew up near varenna, where we had called yesterday en route to menaggio.  when we chatted about bologna and the lovely giacomo she asked for his address as she has friends there.  with our coffee came two offered glass of limoncello.  hic!