Posted on September 6, 2017 by lynnefrancophile

The car was fetched from the garage and we piled in the suitcases and an assortment of bags.  The peacocks don’t or can’t travel light!  We’d asked the girl on reception the most direct route to the autostrada which was just as well as the GPS wanted to take us back all around the town.

The road after Genoa takes you through the Cinque Terre, a beautiful region of high wooded hills dropping away to sparkling sea, a cliche but true.

After Parma the scenery is flat and unappealing but it was only a hundred kilometres to Bologna.  At the peage the machine decided to say no so we sat, fuming and embarrassed until help arrived.  The machine behaved then!

Happily for us we quickly found the b and b.  Too quickly as we were early by at least half an hour of the time I had texted the owner.  He’d asked and I’d guessed!  A phone call and he was soon there.  We all drove to a nearby carpark to leave the car and back to the apartment.  Giacomo, for that is he, lets out a room and ensuite as a b and b and delightful it and he are. 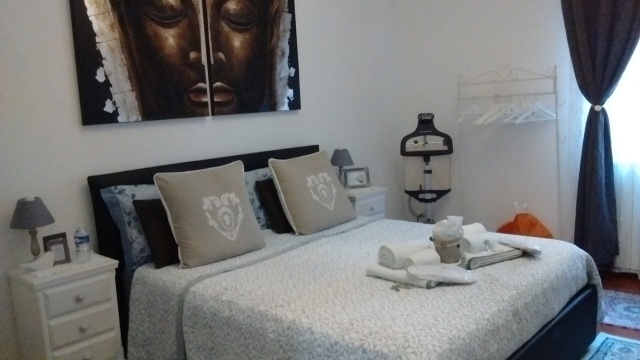 Nothing was too much trouble.  He disappeared and came back with cold prosecco, water, chocolate mousse, Danish pastries… And a map on which he proceeded to note interesting landmarks and good places to eat nearby.  We were overwhelmed by it all!  He added some juice cartons and a bottle of wine to the already groaning side table in our room.  Going hungry is not an option.

Once settled and full of mousse, prosecco and pastries, we walked down to the town centre.  It was different to be on busy roads after Genoa.  Lots of bicycles locked up in rows and lots of young people everywhere.

The big piazza is huge and the buildings around it are too.  A different feel to Genoa, these buildings are fortress like and dark brick with lots of imposing arches and long colonades.

I headed for the huge church because Giacomo had said it had a meridian in it.  I was confused but it turned out he meant sundial, the biggest in the world.  It stretches right down one side of the nave and it is a long nave!

After that we drifted around the streets that wind their way around the piazza which are full of clothes shops and restaurants.  (Giacomo has just brought us Danish pastries! We had heard Bologna is famous for its food!)  We are further from the action than in Genoa but the extra walking is unlikely to burn off all these calories.  For our evening meal we took our host’s recommendation of the nearest restaurant whose tortellini is renowned. Lou had the tortellini in broth and I had tortillone in butter and sage, the difference being mine was spinach and ricotta filled and Lou’s was ham and cheese. 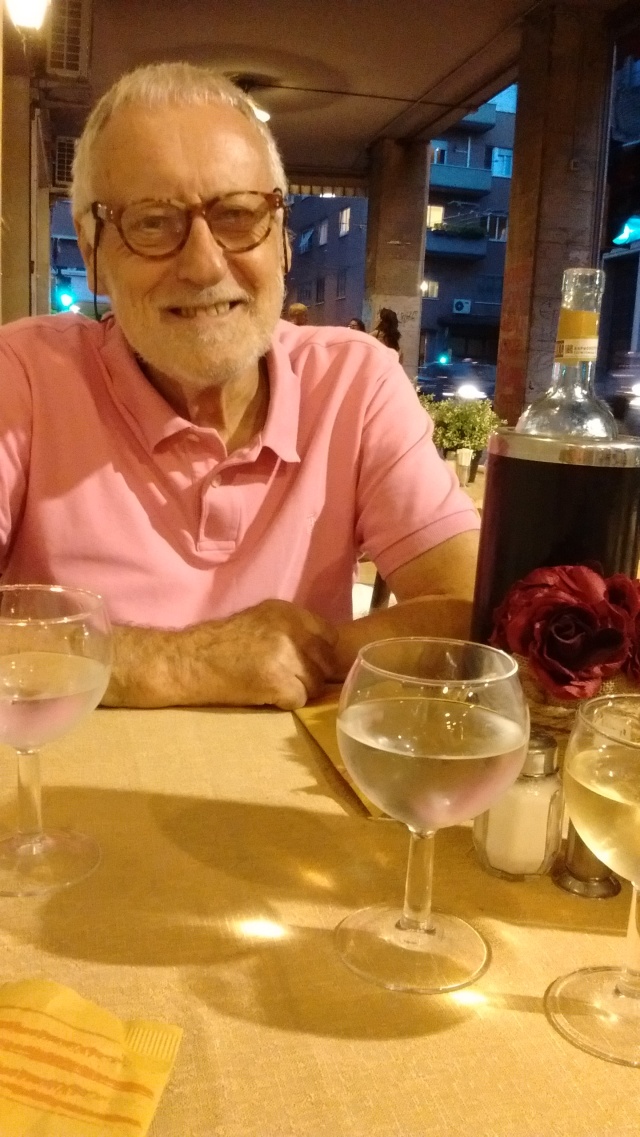 Naughtily we had pud, mine was the best creme caramel since Jean Pierre stopped cooking at the auberge and Lou had ‘english trifle’.  We slept well despite the novelty of traffic noise below the window.